What Keeps You Motivated? 7 Ways to Persevere After Failure

It can be difficult to get back on your feet after a failed business venture. The important thing to keep in mind is that one failure doesn't guarantee another. And that you made an effort when others only dreamed. 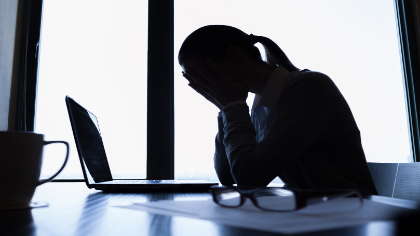 Starting any business has a risk of failure—in fact, Bloomberg estimates as many as eighty percent of start-ups fail within the first 18 months. But one failed attempt doesn't automatically usher in another. Hey, even Thomas Edison failed when trying to invent the light bulb, trying 1,000 different ideas before succeeding.

But with a fresh business failure (either the entire business as a whole or a small-scale disappointment) it's hard to find the motivation to keep going. One work-at-home mom asked fellow entrepreneurs in the forums what they do to stay motivated for the next venture. Complied with input from our readers, here are seven ways work-at-home moms persevere after failure.

Many work-at-home moms say they would have quit a long time ago if they weren't passionate about their business. With so much upfront work involved, often before profit comes in, passion is a must in any entrepreneurial venture. When you love what you're doing, staying motivated is a much easier task.

But at the same time, it's also important to recognize when your passion isn't in it. Without passion, it's hard to get through the tough spots on the road to success, and even if you reach your business goal, you may wind up feeling unfulfilled in your work life. Sometimes when the passion isn't there, it's best to part ways.

So, your first (or second or third) work-at-home attempt failed. But instead of writing it off as a failure, mark it instead as a learning experience. Chances are, you can recognize a few of the ways that things went wrong. Failures are tough, but they change you—and that change can be for the better, if you let it.

The goals you had when you started out? It might be time to dig them out and go over them again. For the ones that seem far off, break them down into a list of steps you can take to reach that goal -- it will help those big goals to feel less distant. If the whole list seems off, maybe it's time to set a few new, more attainable goals.

Don't view past failures as limitations. Research has proven that people who start out with doubts are more likely to fail. Just because you have a business failure under your belt already doesn't mean the next one will fail too. Make it a challenge to surprise yourself with what you can accomplish.

If you've failed, that means somewhere along the line you got started instead of just daydreaming—embrace that entrepreneurial spirit and energy that you had when you first started and try again. Part of being an entrepreneur is adapting, which of course includes adapting after a failure. Anyone can keep going after success, but it takes a true entrepreneur to keep at it even when business isn't so good.

Even businesses that fail completely have small successes. Having the guts to get started. Running a new venture. Learning from mistakes. Getting a business off the ground is often the hardest part, so don't compare yourself to another mom who has been doing it for years. Instead, focus on what you've accomplished—or what you've learned—despite the failures.

Re-evaluate your natural gifts and skills.

Sometimes businesses fail not because you didn't work hard enough and not because the business isn't a viable idea, but because it wasn't suited to you specifically. Sometimes, this is the hardest type of failure to accept, but recognizing it is essential to trying again. Becoming successfully self-employed is a matter of identifying a career path that is suited for your own strengths. Take some time to sit down and think of your strengths and passions and how they might be best used in a home-based position.

Failure is tough to swallow—but a part of any business. Whether the failure is a small step backwards, or shutting down a business entirely, finding the motivation to keep going is essential to eventually reaching success. Henry Ford lost his funding twice before those failures gave him the idea for the assembly line and the Model T was born. The department store Macy's was founded by a man who had failed at seven earlier business ventures. Bill Gates? He dropped out of Harvard—and failed at his first business attempt. Identify what went wrong—but find the motivation to keep going; you never know where it might lead.