The Pros & Cons of a Vasectomy Procedure

Vasectomy is a routine procedure, but you should get all the facts before you decide whether or not it's right for you. 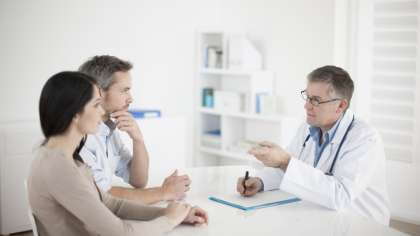 A vasectomy procedure is a form of male birth control that involves the surgical sealing or severance of the vas deferens. It is the most effective method of contraception. A vasectomy is a permanent form of birth control that prevents the release of sperm during ejaculation. The vas deferens tube from each testicle is clamped or sealed. Since there is no release of sperm, there is no risk of the egg being fertilized by sexual intercourse.

The testicles continue to produce sperm, but the sperm get reabsorbed by the body. Hence, vasectomy is different from castration that prevents the production of sperm. Although there is ejaculation of a certain amount of fluid, the fluid doesn't contain any sperm. A vasectomy is effective after several months of the procedure since it takes that much time for the remaining sperm to be ejaculated or reabsorbed by the body. During this period, it's advisable to use another form of birth control to prevent conception.

Vasectomy is a simple procedure that can be performed as an out-patient surgery under local anesthesia. This minor procedure takes less than 30 minutes to complete and the sterilized man can resume normal life within a couple of days. It's a safe procedure with no risk of fatality. It also has no long term side effects and there's no risk to the man's health.

Since vasectomy prevents the release of sperm from the penis but not the release to testosterone, there is no decrease in the libido or sex drive of the man. Also, this procedure can be reversed should the man wish to father more children in the future. A vasectomy is more easily reversible than female sterilization.

Although the effectiveness of vasectomies is high, such procedures are not 100 percent effective and there is a slight chance of an unplanned pregnancy. Unlike condoms, this form of birth control can't protect both sexual partners against sexually transmitted diseases. A sterilized man should practice caution and not have unprotected sex with a new partner or with additional partners.

Vasectomy reversal can be very complicated and take hours to complete. As a result, it's expensive. Besides this, the reversal may not always be successful. Even after successful reversal of the procedure, pregnancy may take as long as a year to occur.

It's best to confirm with your doctor after the procedure to see whether it was successful or not.