Handling people with negative views on at-home lifestyles can be tricky if unprepared. 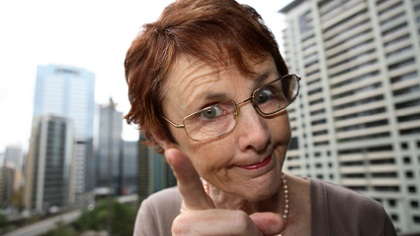 If your parents and in-laws support your decision to be an at-home mom, give them a big hug. Not everyone is so blessed.

"My mother never misses an opportunity to let me know how unimpressed she is with my choice," Brandy says. "I left my dream job to come home to my two daughters. The catalyst was my oldest starting kindergarten, which was going to change the routine drastically. My husband and I decided that after all the years of thinking about it, we would go for it.

"My mom tried to talk me out of it, and now that it's done, she keeps making comments. We'll be in a store together and I'll point out something I like, and she says, 'Well, if you had your own money, you could get it.'

"She also said my five-year-old is 'suddenly getting so hard-headed. When did this start?' Maybe I'm oversensitive, but I want to say, 'On the day I took over raising her!' I also want to say, 'Don't worry. She'll be in school full-time soon, and I won't have as much of a chance to mess her up.' She hasn't yet mentioned the two-year-old backsliding behavior-wise, but I'm sure it's coming.

"Mom's always worked, and she doesn't really enjoy small children, so she can't understand why I would want to 'isolate' myself from adults, blah blah blah.

"All I have to say is, I look at my girls and my husband, and don't worry a bit about what she thinks - or try not to, anyway."

Hang in there, Brandy. Everything you're going through is normal. The initial resistance from some relatives, the kids acting up - many new at-home parents experience the same things.

You mentioned that your daughter is getting "hard-headed". Just wanted you to know that this is a very common occurrence when moms first come home. All the boundaries have changed, so kids go into testing mode.

My own two-year-old followed me around everywhere that first month. I was always tripping over her. But she was simply curious as to when I was going to leave. After a few weeks, she settled down.

Let your mother know that, in the long run, your children will likely be better behaved than if you weren't home. That's because you're on the scene as a loving parent to immediately protect, correct or redirect according to your family's values.

Overall I'm a strong advocate of passive resistance when dealing with unsupportive people. Don't snap back at irritating comments, firing the conflict. Instead say something like, "I see your point" or "thank you for sharing your opinion."

Notice I didn't follow either of those comments with "but...". There's an old saying about not throwing your pearls before swine. Now I'm not calling your mother a pig! I simply mean that it does no good to share heart-held beliefs with someone who will only trample them.

Watch for opportunities to bridge the gap in those quiet times when you and your mother are friendly and open toward one another. It's not necessary to try to win her over in one conversation. Instead, let time do that, as she sees positive changes evolve and watches your marriage and her grandchildren thrive because of your decision to be home.

You might want to check out Cheryl's latest book, "Stay-at-Home Handbook: Advice on Parenting, Finances, Career, Surviving Each Day & More" (InterVarsity Press, 2002) from your local public library. (If they don't have it, ask them to order a copy - your tax dollars at work!) If you'd rather have your own copy, visit http://www.homebodies.org/bookstore/orderSAHH.htm or write [email protected]. You can also read her column on the Web at http://www.gospelcom.net/homebodies/experts/cgochnauer/index.php.