5 Reasons to Leave Your Telecommuting Job Before the First Anniversary

There are a number of signs that can hint that it may be time to move on from your telecommuting job. Weigh the pros and cons and determine if this is the position you signed up for, and if its not, are you willing to adjust your expectations. 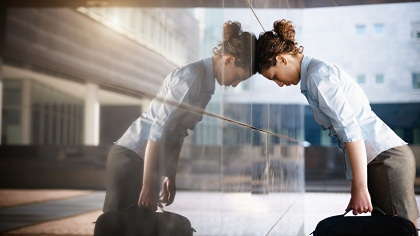 While it’s expected for employees to stay in their current positions for at least one year (and hopefully more), there are times when you need to jump the job ship sooner rather than later. Here are five totally acceptable reasons to leave your telecommuting job before your first year is completed.

They want you to come into the office.

When you interviewed for your current job, you were told that it was a work from home position. Obviously, you were thrilled, since you wanted to have better work-life balance, anyway. After a few months, though, your boss informs you that your position now requires you to come into the office—permanently. If your job takes a dramatic shift that doesn’t jive with your work-life needs, it’s okay to professionally part ways.

You’re not doing what you were hired for.

From the job posting, it seemed like you had (finally) found the job of your dreams. Now, you find that you’re not even doing one-quarter of the things that were promised to you. Even though you spoke with your boss about your concerns, it doesn’t seem like your job responsibilities are going to change any time soon. You should then make the decision to either stay in a job that is not what you had hoped for or try to find something that aligns better with your career goals.

You’re being excluded from meetings.

In your humble opinion, you believe that you’ve been a rock star remote employee. But you suspect that your boss doesn’t quite share those same sentiments. You’ve been left out of quite a few conference calls, and sometimes you’re not cc’ed on emails that you should be on. Feeling respected and valued as an employee are huge factors in determining employee happiness, and if you feel neither, it may be a sign to move on.

You’re not planning to include the job on your resume.

Let’s face it: sometimes you just need a job…any job. If you have what is essentially a money job (meaning you are only doing it to pay for your mortgage—and your kid’s braces), then it’s perfectly fine to keep looking for a new job and accept a position should you be offered one before you’ve completed one year with the company.

You are completely, totally, and utterly miserable.

Sunday nights strike fear in your heart, and the thought of heading into the office for another five days straight makes you want to cry. Whether it’s because you have an overbearing boss, catty coworkers, or your 9-5 bores you to tears, you simply hate your job. Sure, everyone dislikes their job (and their coworkers) at some point, but if you dread your job on a daily basis, it’s time to cut bait and fish for a new position.

It’s in every employee’s best interest to stay in their position for at least a year. After all, it shows commitment and also allows you to learn new things in your position. But there are also special circumstances in which you might have to ditch your day job sooner than expected. Just be sure to think your decision through thoroughly before submitting your resignation to ensure that you don’t damage your career—or your reputation—in the process.