While it can be difficult and frustrating to understand why children do the things they do, the reality is that if you understand the four factors that influence behavior, you can usually find an answer. 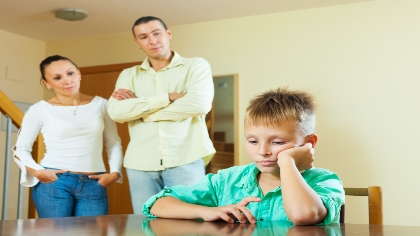 Children are a blessing, but that doesn’t mean they aren’t a challenge. You don’t have to be with other parents for very long before the discussion turns toward children and frustration at some of their behaviors. However, there are four basic factors that impact child behavior. Knowing these influences can help you understand and deal with children.

Everyone is born with a basic temperament, which most parents describe as “easy” or “difficult.” In reality, temperament runs on a continuum. Further, it influences how children perceive and interact with the world. It explains why two children from the same family can be so different. One child is easygoing, while the other fusses a lot. The challenge is that you can’t really change temperament. Children with a difficult temperament will always be “high-strung” or “strong-willed.” However, that doesn’t mean parents can’t help them adapt and learn skills to make life easier. For example, I have a child who doesn’t like change. When the routine was disrupted as a child, she couldn’t manage it and usually ended up having a tantrum. We learned early on to prepare her for upcoming changes in the schedule. Today, as a teenager, she still doesn’t like change, but she has the skills to manage it.

Everyone knows that two-year-olds and teenagers can be challenging, but it’s part of their development. Most parents refer to developmental issues as “phases” and usually wish them to pass quickly. However, these phases are crucial to your child’s growth and development. The reason that two-year-olds and teenagers are difficult is that both are going through a separation from the parents. Two-year-olds are curious and explore, which helps them develop self-esteem and learn about the world. Teenagers are preparing to enter the world as an adult. It’s the parents' job to give them opportunities to develop into their own people. Toddlers and teenagers aren’t the only developmental phases children pass through, although these are the two that are considered the most difficult. Four year-olds tend to be bossy. It’s not unusual for six-year-olds to steal. Children have important developmental milestones all the time. Just like during the toddler and teen years, children are spreading their wings and it’s the parents' job to teach, guide and intervene while supporting developmental growth.

There is an age-old question relating to what creates good and bad people: “Is it nature or nurture?” Temperament and development suggest it’s nature, but in fact, nurture plays a role as well. Children thrive best in family environments where there is love, support, guidance and clear, firm limits and opportunities to express themselves. A nurturing environment supports growth and development and provides tools for children with difficult temperaments. On the other side, chaotic and unnurturing homes often produce children who are developmentally stunted and have difficulty in school and other areas of their lives. This is exacerbated for children with difficult temperaments.

There is still much we don’t know about the brain. However, we do know that there are a variety of conditions that can impact child behavior such as attention deficit disorder (ADD), attention deficit disorder with hyperactivity (ADHD), depression, anxiety and other mental illnesses. It’s problematic to diagnose children with mental disorders too early because temperament, development and environment can be the blame for behavior or can mask true mental health issues. Further, many fear labeling a child since it will impact how others treat them. At the same time, undiagnosed issues can impede children’s emotional and psychological growth. According to the National Research Council and Institute of Medicine, one in five children suffer from a mental condition. With so much at stake, it’s important to have children assessed if their behavior is significantly impacting their or the family’s quality of life. Assessment leads to treatment, which doesn’t necessarily mean medication. Further, assessment may reveal that the issue isn’t a mental illness, but something that parent education classes or counseling can fix.