What to Do When You Make a Mistake

Mistakes happen. Recognizing your error and confronting it head on is a great way to turn an unfortunate situation into a learning experience. 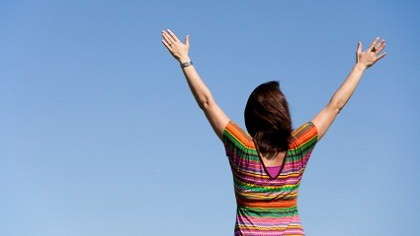 You just made a mistake at work. And we’re not talking about your garden-variety goof up. This one was a doozy. Whether you sent an incendiary email to your coworkers (and accidentally cc’ed your boss) or you missed the deadline for a big report, your mistake was monumental. But before you close up shop on your home office (and your telecommuting job), there are ways to survive—and even thrive—after making a mistake at work. Here’s how to do it.

Admit the mistake. You know you made the mistake. Worse yet, so does your boss. So acting like it never happened isn’t the best option. Depending on the gravity of your mistake, you can either email your boss or (if it’s really bad) pick up the phone and call in your apology. By ‘fessing up to your mistake, you are showing that you are indeed honest and being responsible.

(Don’t) excuse yourself. Admitting the mistake is only the first step in rectifying the situation. But your apology will be meaningless if you only pass your faux pas onto another person. So take ownership of the mistake without excuses. Maybe your deadline simply slipped your mind. Or you waited until the last minute to complete the project and underestimated how much time it would truly take you. Your boss will most likely want a reason why the mistake was made, and you should be prepared to take on 100% of the accountability.

Correct it. Once you’ve assumed responsibility for the mistake, it’s time to do some major damage control. Take the steps necessary to correct your error. It may be as easy as pulling a couple of overnighters in order to get your project completed as close to the past due date as possible. But if the mistake is a biggie, you might want to schedule a meeting with your boss. That way, you can go over steps to remedy the mistake to your boss’—and the company’s—satisfaction and standards.

Accept the consequences. If you thought that admitting your mistake and fixing it would, well, fix the problem, think again. Most likely, you are going to be reprimanded for your mistake. If your mistake could have jeopardized the company, you could face the chances of being fired. You might be suspended (without pay) or stripped of some of your duties, face a demotion or be assigned “grunt work” by your boss. Even though it might sting, accept the punishment for a while, until you (and your workload) are back in working order.

Prove yourself. The time period after your mistake is a delicate one. Your boss will be on high alert, watching your job performance in the days and weeks following your goof. That’s why it’s crucial that you not only do your job, but also be exemplary in your work efforts. Eventually, your boss will see that you are dedicated to your position and things will return to normal.

You’re human, so you’re bound to make a mistake at some point in your career. The most important thing to focus on is what you do after the mistake is made. By being accountable, owning up to your error, fixing it and moving on in a professional way, you will be able to save your job—and be a better worker for it.