The Negative Effects of Shared Custody 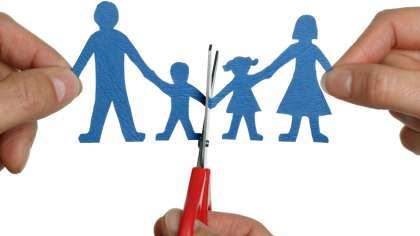 Shared custody has always been hard for children, and it is hard for the parents as well. The child must live in one house and then the other for equal periods of time. This is why most negative effects of shared custody are borne by the couple's child.

Where is the Child's Real Home?

A child under shared custody must shuffle back and forth from the mother's house to the father's house. Children who have these kinds of setups have trouble identifying their real home. They do not have that sense of feeling at home because they keep on transferring from one home to another. Many times, children have difficulty adjusting since they lose the feeling of having a stable home. Instead, they refer to their parents' houses as 'Mom's House' or 'Dad's House' but never 'my home.' They always travel, and they do not have the chance to fully settle in a place of their own.

Shared custody removes the consistency in a child's life. What can be allowed in one house may not be allowed in the other house. Bedtimes may be different, as well as general house rules. There is no consistency, and the child has to adjust over and over again. This is especially difficult for parents, as well, because the child starts to compare and contrast his or her parents. Instead of having a peaceful and relaxed relationship together, there might be a lot of inconsistencies in the way the parents bring up their children, which could encourage children to manipulate the parents.

This simply means double expenses for the whole family. Two houses mean that everything has to be doubled. Children under shared custody usually have their own places in two houses, as well as clothing, furniture, toiletries and many others. It results in more expenses and a need to duplicate everything. Studies show that only 50% of kids who experience shared custody go to college, mainly due to financial problems.

It is not a surprise that some children form stronger attachments to one parent than the other. Shared custody encourages this. The child tends to have a favorite parent, and would do anything to be with that parent. He or she then begins to resent going to the other, therefore making a clear gap between the parent and the child. Moreover, there are some times that parents do not keep up with their own children, and may end up blaming each other because something wasn't done since somebody thought that the other one already did it. The middle of the conflict is always the child, who may have the full impact of the whole setup.

The best way to handle shared custody is to have open lines of communication between parents. They will need to agree on the rules, punishments, chores, and routines used to raise their children. This will provide the consistency that is typically lacking in joint custody situations. It is extremely important that both parents use the same parenting style. Psychologists recommend that both parents use an authoritative style (where consequences are known to the child prior to rules being broken) rather than an authoritarian style (where parents are reactive and angry). This will help prevent children from "pitting" one parent against the other. It is in the best interest of the child that the parents do not "join forces" with the child against the other parent. If one parent is problematic, it is better to address the custody issue with the courts.