Self Publishing For Profit: 5 Reasons Why You Can't Self-publish By Yourself

These 5 tips below will give your self-published book the best chance of selling successfully. Know that everyone has their weaknesses, including you! You may be the writer, but you can't be the editor, marketing manager and graphic designer as well. Trying to accomplish all these tasks will only cause your publication to suffer and not reach its potential. 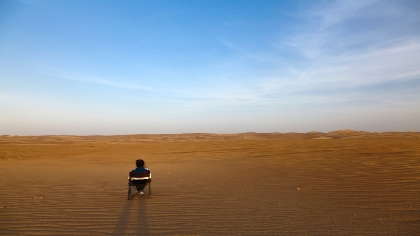 Ahh, self-publishing: it's where an individual publishes a book on their own, right? Actually, this shouldn't be the case. While the author is their very own publisher, it's very difficult to self-publish without at least one other person and, ideally, a team of people involved in the process. Successful books that are independently published involve more than one person—there's always an editor, often a cover designer and sometimes a marketing expert involved in the process. Here are 5 reasons why you can't publish completely by yourself.

Everyone has weaknesses. There's a lot that goes into writing a book other than just writing. Chances are, you're not going to be good at every single aspect along the way. If you have even one element that is weak, it's going to effect the success of your book in the long run. By recognizing your own weaknesses and getting help in those areas, you increase your chances of success exponentially.

Writers shouldn't edit their own work. When you write, you get attached to your work. A writer needs a second, professional opinion from someone who isn't afraid to say what they think. When I am self-editing, I know what I want it to say, so I often read it how it's supposed to be. This causes me to miss errors. There's a few ways to fight that, like reading out loud and reading backward, but if there's one thing every self-published writer needs, it's a good editor.

You aren't writing for just one person. You are one person, but chances are you're hoping more than one person buys your book. What appeals to you may not necessarily appeal to the masses, or the audience of your book, for that matter. Always get second (and third and fourth) opinions from someone in your target audience, if possible. Get feedback on the entire book, on the cover -- even on your website and marketing ideas.

Some people do judge books by their covers. While you're not supposed to judge a book by the cover, most people are still influenced in one way by it. If you aren't a designer, don't design your own cover. I have experience with graphic design and the necessary software, so I designed the cover to my own book. But I didn't design just one cover. I designed several, and then got feedback from people in my targeted age group.

You only have so many friends. A big part of being a successful self-published author involves marketing. You can have a great book, but if no one knows about it, it won't sell. While I've sold several books to people I know, book bloggers have been an important part of getting my book in the hands of people outside my own network.

Self-publishing is a misnomer at times. While many successfully self-publish a book, few do so without input from others, including a good editor. You can publish a book without a big publisher, but you can't do it without a solid support team.