Lia Sophia to Close -- What's In Store For the Future of Direct Sales Companies?

Direct sales has altered since the Internet has changed the face of "person-to-person" marketing. Internet stores create a limitless amount of competition for online sales -- is it any wonder that direct sales marketing is on the decline? 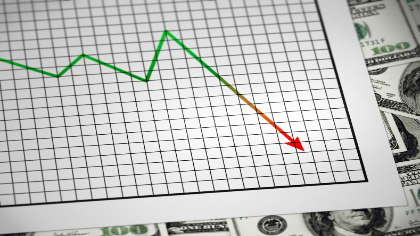 Lia Sophia announced earlier this month that the popular direct sales jewelry company will be closing its doors by the end of the year, with all operations ending by February, 2015.

Direct sales is a “person-to-person” form of marketing—but the internet age has certainly changed the definition of “person-to-person.” Some independent consultants have managed to use tools like social media to grow their business, but it can be a double-edged sword, with internet stores creating a vast amount of competition and making some consumers less likely to commit to making purchases from one company.

While the news of Lia Sophia's closing is frightening to anyone in the direct sales business, it may not be indicative of the industry as a whole. According to the World Federation of Direct Selling Associations, retail sales globally hit $178 billion in 2013, a record number and an 8.1 percent increase. At the same time, the number of salespeople grew nearly as much, up 7.2 percent. That same association is predicting a 6.8 percent growth rate over the next three years.

In light of the growth of direct sales, the announcement came as a surprise for many. Dawn Grelyak told the Chicago Tribune she was shocked at the news, since she's closing out on her best year after six with the company. Others were not so shocked at the news. Leanne McGarr, a WAHM.com reader, said it is one of the reasons she left the company four years ago, saying they were not considering feedback from their consultants.

When Lindt Chocolate RSVP closed last year, the company cited low sales and high business costs as the driving factors. Outside of the “challenging business environment,” Lia Sophia has offered no further explanation for the closure.

So far, the company hasn't stated if they'll be reimbursing the starter kit costs for those who just joined, though many will likely be able to recoup their investment selling the jewelry in the kit, with many customers just as shocked about the announcement and wanting to purchase before the jewelry is unavailable. Because of their closing, all fall styles are half off when purchased through an adviser, with a going-out-of-business sale on the Lia Sophia website as well.

Many Lia Sophia sales reps say they've already been contacted by recruiters working for other direct sales companies inviting them to join. Meanwhile, other WAHMs are reaching out in the forums to those who just lost their source of income.