Children who have separated parents can still grow up to be emotionally healthy, balanced people. However, it does mean that as a parent you'll have to work at helping them overcome some challenges. 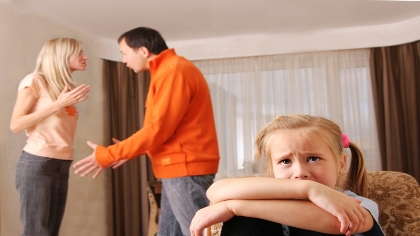 Living in two homes can be stressful for kids, who manifest their stress in many different ways. Some close off to the world. Others act out and engage in behaviors that are rebellious or harmful to themselves and others. Some kids alter their appearance or hang out with the wrong crowd. Whatever way your child manages emotional stress and pressure, most are not emotionally mature enough to understand how to correctly handle the depth of what they feel.

When parents live apart, kids are often caught in the middle, which is unfair. Although relationship and family stress is inevitable when parents don't live together, it is not inevitable that your child will be damaged forever. You can still raise a well-rounded child, but it takes effort from both parents. Being on the same page about child raising is ideal, but not always realistic. You may find yourself doing it all alone, but that doesn't mean you can't raise a well-rounded child, either. It just means you have a little more work to do.

It's easy for kids to fall between the cracks when they live between homes. One of the dangers you face is ignoring your kids. Because of the emotional stress they experience with both parents living apart, kids need extra attention and love. Make sure that you're not ignoring your kids or assuming they're fine because they look fine. Conversely, don't hover. Over engaging your kids because you don't get to see them as much as you'd like doesn't actually help them at all. In fact, it may make them want to get away from you and spend more time with the other parent. Even though you miss them when they're not with you, give your kids some space to do the things they enjoy without interference.