How to Handle Difficult Questions About Why You're Not Married

Even though the image of the traditional, nuclear family has shifted drastically over the past several decades, a large number of people still operate under the assumption that all families are made up of a "mom and dad" parent structure. Your child will have questions about why your family isn't like this, but with these tips you will be able to answer their questions and make them feel confident about who they are. 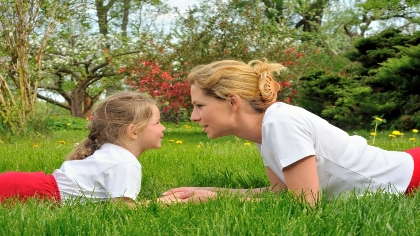 Being single with kids doesn't have as much stigma attached to it as it did 50 years ago. Being a single mom is even the preference of some women who have decided that long-term relationships are not the right choice for them. However, even though the image of the traditional, nuclear family has shifted drastically over the past several decades, a large number of people still operate under the assumption that all families are made up of a "mom and dad" parent structure.

When your kids are younger, they aren't going to notice that their family is different than the others around them, but eventually they will start to notice the differences. Kids don't like to feel different and their friends and other people in their lives may even point out that they're not the same as everyone else. This can cause your kids to feel badly about who they are and where they come from. You have your own reasons for why you're not married and even though you may not be ready to talk to your kids about them, they're going to ask. It's important that you answer the difficult questions about why you're not married. This will help them understand that families come in all different types and that they are completely normal.

Be as Honest as You Can

Depending on their age, your kids don't need to know that you were in an abusive marriage or that there was infidelity that led to divorce, abandonment or any other adults-only issues that left you a single parent. However, you also don't need to lie because eventually they will learn the truth. Keep the details vague if your kids are not mature enough to know about them. Use examples they can relate to and give them information they can digest. For example, you can tell your kids that just like they've seen in their own friendships, sometimes not everyone gets along and even though you have to try, even adults make mistakes and can't be friends anymore. As they get older, they may ask deeper questions and if they're ready, you can add details based on their maturity and ability to handle them.

If your kids are ashamed or embarrassed that they don't have a dad or that you're unmarried, use this opportunity to celebrate the diversity in families. Le them know that some families have a mom and a dad, others have two moms or two dads, some have the grandparents in charge and some have just one parent. It's important that your kids not only learn to accept their own living situation, but also those of others. Regardless of why you're not married, if your kids want a reason, make sure they understand that no matter what, their family is as normal as anyone else's because of the love they have.

Give Them a Bottom Line

Kids can sometimes be relentless with their search for "why" and any answer you give may not be good enough. If you're not comfortable telling them about the real reason why you're not married, don't put the blame on anyone else (even if there is blame to go around). Show them your empowerment to live life on your own terms. Let your kids know that you're not married because that is the decision you have made for your life, for now. If you'd like to get married someday, share that too. It's alright for your kids to know that everyone goes through seasons and that down the road, you may choose to change your mind.