Elance Is Becoming UpWork: What Does It Mean for Freelancers?

The popular freelance platform Elance is transferring identity to Upwork, but not without some serious changes to their operations. Read on to see if your freelance income will be affected by oncoming change. 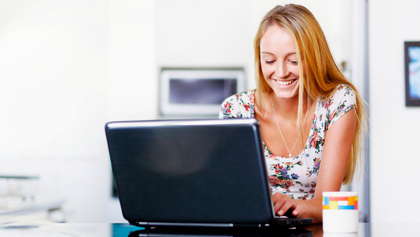 Elance's days are numbered. The popular freelancing platform will soon become UpWork. Elance and the similar oDesk merged late in 2013, and then oDesk relaunched with a new platform and name, Upwork, in May 2015. Elance is the next platform to make the switch, with Elance profiles already beginning to transfer, and Elance functions shutting down in 2016.

Why? Upwork CEO Stephane Kasriel says the change allows the company to focus on improving one platform. Upwork already looks to have more advanced technology to manage work within the platform. “I know that with anything new there can be some apprehension,” Kasriel wrote in a letter to Elancers. “But by working together in unison, we can build one unified Upwork community that delivers more innovation and fuels more work opportunities. As always, our ultimate goal remains to make you as successful as possible.”

So, what does the merger mean for freelancers?

Elance to Upwork: The Good

A well-designed platform. The Upwork platform has been completely rebuilt with more features then Elance or oDesk had separately.

Faster communication. Upwork uses a chat instead of a message center, so communication is instant instead of being comprised of back-and-forth emails. Clients can see if a freelancer is logged in, and start talking with them instantly. The new Upwork app includes the chat feature, so freelancers can log in away from their desk.

Transferred profiles. Getting work on any freelance platform without any reviews or work history is tough. Elancers can transfer their current contracts as well as their work history and reviews, so they won't be starting out from scratch. Some of the profile details will transfer too, but files like the profile picture and portfolio documents will have to be re-uploaded.

More potential clients. Theoretically, since the two platforms have merged, there should be more businesses seeking out freelancers, since both clients seeking workers on both Elance and oDesk will now be in once place.

Elance to Upwork: The Bad

Higher rates. Elance currently takes 8.75% of a freelancer's earnings. On Upwork, it's 10 percent. If a client and freelancer have worked or are currently working together on Elance, the project will be grandfathered in at the lower 8.75% rate, even when transferred to the new platform. Freelancers should continue to build the fees into their bids, but that will mean increasing their fees.

Constant communication. While the chat is probably more good then bad, it does raise a few concerns. When a client is considering multiple freelancers, it makes sense that the speed of the response might come into play, or that one freelancer might work out the deal before another even logs on. There will likely be a greater sense of urgency in responding to chat messages, which can make it harder to unplug and make freelancers feel even more like they're always at work.

More competition. Add up the Elancers and the oDeskers, and there will be more freelancers bidding on the same work.

Payment delays. Both Elance and Upwork will use an Escrow system, with the Escrow funded before the work starts. Upwork has a security period before releasing the funds, which means the money isn't available until five business days after the item is complete. Elance currently has a three-day gap between funding the escrow and the freelancer receiving the funds.

More tracking. Like Elance, the Upwork tracker for pay-by-the-hour projects will take screenshots so clients can see how the freelancer is spending their time, but the new system also monitors the number of clicks and keystrokes. Overall, it's a good idea, but those numbers may dip for things like research and phone calls, which can't be tracked that way.

Elance's switch to Upwork will add new features and faster communication—but that will also come with increased fees and payment delays. The change does appear to be more good then bad, but only time will tell how the switch really impacts current Elance freelancers.