6 Situations when Separation is Better than Divorce 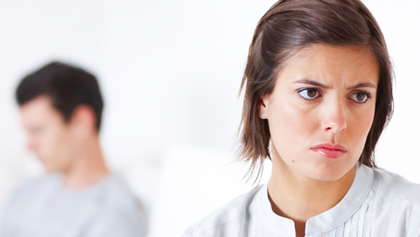 Separation, instead of divorce, is an option that can be pursued by a married couple when their marriage is falling apart. Legal separation is different from a divorce. Being legally separated means spouses can live apart while retaining their marital status.

Difference between Separation and Divorce

The main difference between separation and divorce is that divorce ends the marriage. Spouses return to an unmarried status and are thus are allowed to remarry. Separation lets couples keep their married status while acknowledging that they are no longer living together.

The court order granting legal separation contains the rights and responsibilities of both parties during this period, and also resolves all relevant legal issues regarding the marriage. The couple signs an agreement regarding property or asset distribution, child custody, child visitation, child support, alimony, attorney fees and personal conduct.

Benefits of Separation over Divorce

Legally separated couples are still considered married. This married status actually provides benefits to both parties, and is a good reason for married couples to become separated instead of divorced.

Here are some situations where separation is better than divorce:

Other issues such as loan or mortgage payments and joint savings and checking accounts can be resolved in the legal separation agreement. An outline of which portion of mortgage payments and maintenance fees of the marital home are to be paid by which spouse can be included. Access to the couple's bank accounts, or the need to close it and open separate accounts, can also be defined.

Legal separation is a good alternative option to consider for married couples who are uncertain about divorce; it should be discussed thoroughly.