5 Reasons Why December is a Prime Job-Searching Time

While you may be tempted to make merry and ditch your job search in December, you should actually ramp up your efforts in the 12th month of the year. 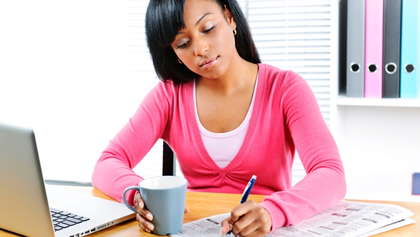 Christmas carols are in the air and the kids are counting down the days until the holiday break. Truth be told, you’re a little excited to take a break from your job search and join in on the festivities, too. Thing is, December is a prime job-searching time. Here are five reasons why.

Many people falsely believe that companies slow down their hiring practices during the holidays, but that’s simply not true. With fewer candidates clamoring for positions, there are more job openings available. This can also help expedite the interview and hiring process, as prospective bosses have fewer candidates and applications to sort through.

2. Companies cash in at the end of the year

Throughout the year, companies run on super tight budgets. Come December, however, they may find that they have a small surplus of funds available. Suddenly, they are able to hire someone for that freelance project that they’ve wanted to complete, but never had the cash (or the staff) to do so. Being proactive in your job search in December can allow you to scoop up these types of gigs.

3. Many seasonal positions open up

Two of the biggest industries that hire in the winter months, particularly December, are retail and customer service. While it may not be exactly what you’re looking for, cashing in on these full-time and part-time jobs can help pad your paycheck during this month, when “Santa Claus” needs extra cash to check off all the items on kids’ wish lists.

Let’s say that you’ve been eyeing a job with one specific company, but up until now, they haven’t had any job openings. You may be surprised to find that many employees quit their jobs in December, creating a hiring blitz at the end of the year. After all, even though sugar plums may be dancing in your head, companies often have quotas and deadlines dancing in theirs, right up until December 31. As such, they need to fill job vacancies ASAP so as to avoid a loss of productivity—and a negative impact to their bottom line.

5. January is one of the biggest hiring months

You may accept a temp job in December just to pay the bills, but you should always think long-term when contemplating taking on any position. Why? Sometimes, temp jobs that pop up during December may transition into January—and beyond. That’s why January is known as one of the biggest hiring months of the year. But it’s not just positions that open up in January that score the most job candidates; oftentimes, it’s the temp workers who were employed in the month of December who are then offered a permanent position come the new year.

While you may be tempted to make merry and ditch your job search in December, you should actually ramp up your efforts in the 12th month of the year. That way, you can take advantage of the many, many job opportunities that are available to you—and score a position that can last you for years to come.